ACTOR TURNS DOWN CALIFORNIA - FOR MATLOCK

ACTOR JASON Conrad who chose Matlock as the base for his nation-wide children's road safety show 15 months ago, has turned down a glamour offer to settle in California - because he wants to stay in Matlock.

The offer came when Jason visited the U.S.A. recently at the invitation of singer Frankie Laine.

The man who is known to thousands of children as Mr. Safety, told our reporter: "I had a wonderful time in the States, but my reply to Mr. Laine when he asked me to consider moving permanently to California was: 'Certainly, providing you can also transplant my lovely home, the town of Matlock, and the Derbyshire hills,'"

Jason and Frankie Laine met when the legendary American singer was touring this country last year. "He was facinated by the road safety show, and asked me to go to California, where I had top level talks with various authorities about repeating the format in the U.S.A.," jason said.

"But settle in Californai? No, I cannot leave Matlock - and, my task in this country is not yet complete. We have to do everything possible to eliminate the spectre of children dying on the roads." 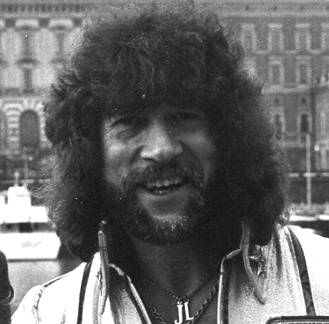 The 39-year-old actor has appeared on television - and his own life story provide the basis of a script. He has been a police officer in Malaya, printer, engineer, tailor and travel agent during a chequered career.

At one time he was a footballer, and his interest in the game was shown last season when, in the character of "Crest Bear," he followed Matlock Town along the heady trail to Wembley and the F.A. Trophy final, becoming well-known to club officials, the team, and hundreds of "fans".

Jason and his wife, Jill, who is involved in his road safety show, "fell in love with Matlock," to quote their own words, while working in Derbyshire in 1974.

They moved into "Cresta Lodge," their home at Starkholmes, in the autumn of that year, with their five children, aged from six to 12.

Since Jason embarked on his road safety show, sponsored by a soft drinks firm, nearly one million children have been instructed in road safety in a manner which not only entertains but instils in them the procedures of the Green Cross Code.

Now, he is about to launch the 1976 version. Due to take to the road shortly, it is based on audience participation pantomime, with children invited to play parts of policemen, "lollipop" men, pedestrians and in situations which include an accident and subsequent inquiry. The show is aimed at the vunerable five to nine age group.

Said Jason: "I believe in children staying alive. That devote my career to spreading this doctrine."

"The retention value of the Mr Safety Shows is vastly higher than any other method. There is no doubt that Mr Safety is saving lives and reducing accidents."