IF Jason Conrad hadn't seen a tragic road accident three years ago his stage career might have turned out very different. Ex-printer, engineer, tailor, footballer, travel agent and policeman in Malaysia, 39-year-old Jason's break into acting came from his uncanny likeness to actor Peter Wyngarde. Now he has gained a new vocation and name tag.

Up North they call him "Mr Safety". And his new occupation is saving children's lives. He still appears on stage, but nowadays it's more likely to be in school or church hall.

As for audience appeal, he's booked up for the next 10 years! There's never a shortage of co-stars either - they're all unpaid volunteers, aged between five and nine.

It was after Jason saw a seven-year-old boy knocked down and killed in Leeds that he decided more had to be done to make children road conscious.

"I've always loved kids - I've five of my own. I used to lecture on road safety years ago," Jason told me.

"But I soon realised the conventional chat wasn't having any impact - going in one ear and out the other. So I put on a road safety show. It was a kind of pantomime with kids coming on stage to play policemen, lollipop men, pedestrians and drivers, acting everyday situations, including simulated accidents.

"The moral is that if you follow the Green Cross Code principle of stop, look and listen you won't end up like that little boy in Leeds."

So far Jason, with the help of his 30-year-old wife Jill, has managed to get the message across to more than a million children in an entertaining yet highly instructive way. 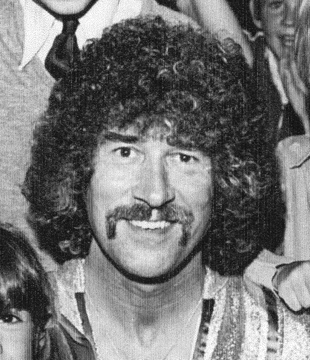 Teachers, road safety officers and police instructors from many parts of the country are now acclaiming his show's road survival format for youngsters. The three-point message it puts across is 1. Stay on the foot-path. Don't mess around, trying to push each other off. Larking about can, and too often does, end in tragedy. 2. When you've bought your ice-cream, look to see if anything is coming before running across the road. 3. Always use the pedestrian crossings.

The "road" show doesn't end after the 45-minute performance. It's carried on backstage in the classrooms afterwards. When the giggles have died down the kids have to write about what they've seen and what it means to them.

For three years Jason has done two shows a day five times a week. In the coming weeks it will be seen by school children in Derby, Manchester, Liverpool and Birmingham.

Meanwhile, Jason's recipe for staying alive on the roads could soon be used in America.

While he was here recently, singer Frankie Laine saw one of his shows. Now he and "Mr. Safety" are making plans to repeat the show's format.